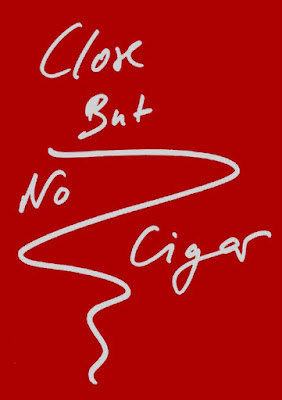 'Close, but no cigar. There’s little doubt that a woman smeared charcoal on a cave wall centuries ago alongside the men, whether or not it was condoned by the ancient culture to which she was bound. The desire to make marks is innately human, and part of what sets us apart from the rest of the animal kingdom, regardless of traditional gender roles: Women who choose to wield a paintbrush are driven to do so. Artists are artists; they see things differently, transforming ideas into visual concrete, and when they pick up the tools of interpretation and learn to use them, it has nothing to do with biology. Early women artists coped with nascent discrimination by channeling their creative visions into craft, but even as humanity gained sophistication and women took to the non-functional canvas, society kept them at bay, cloistered away, powerless.

It’s unimaginable that women artists must still eye the glass ceiling from below, though in an age altered by feminism, some of them now do so with baseball bats in hand. What a waste of energy. Is the art world really not ready to stop distinguishing talent by gender? Modern women artists are tired. They’ve learned their trade side by side with men, yet still find themselves slotted into an inconsequential category of “women artists,” shuttered from the mainstream by a concocted ball and chain. That’s ridiculous. It’s time to drop the gender politics and get on with business.

The truth? Women don’t want the smelly cigar or any other claim to puffery. They just want to make art.'


An exhibition with works by
Leslie Greene